SKY Sport: Whyte defiant in defeat: 'I on KingsChat Web

Whyte defiant in defeat: 'I have no regrets!' Dillian Whyte defiantly insisted "I'm still one of the top heavyweights around" after losing to Alexander Povetkin and promised to avenge his knockout loss in a rematch. https://www.skysports.com/boxing/news/12040/12054904/dillian-whyte-insists-i-have-no-regrets-about-alexander-povetkin-gamble-after-huge-ko-defeat 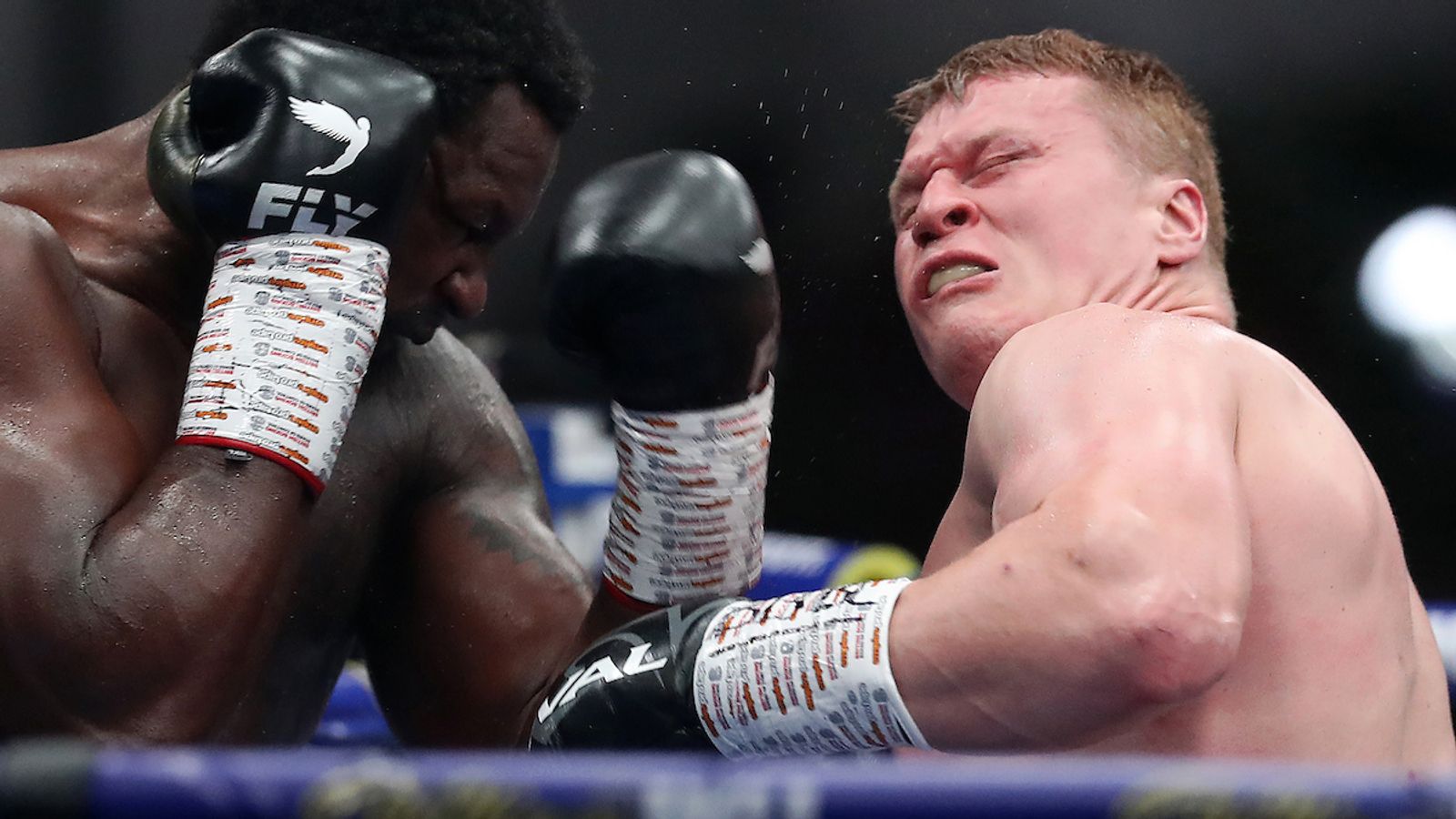 Smith: I will miss English crowds egging me on Steve Smith will miss the boos and jeers from the spectators during next month's limited-overs series in England, which will be played behind closed doors. https://www.skysports.com/cricket/news/12040/12054911/steve-smith-says-he-will-miss-english-crowds-egging-him-on

Corr blimey: Jedward tell Jim that his 'sisters never needed him' as row over face masks gets personal Jedward have criticised The Corrs guitarist Jim Corr after he attended an anti-mask protest in Dublin over the weekend, in a Twitter row that got increasingly personal. http://news.sky.com/story/jedward-takes-jim-corr-to-task-over-face-masks-12054822

#StillPraying #Day230 (pt 6) The air is clear over all nations! Glory to God! We've been fervent in prayers in accordance with 1 Timothy 2.1-2 and also for ministers of the Gospel around the world, as we blanket the whole world with the power of God. Next up, inspiring highlights from Pray-A-Thon #Day131, already underway! #photospeaks - inspiring moments from prayer sessions led by groups from BLW Campus Ministry Zone L and CE Edo North and Central Zone, Nigeria; BLW Campus Ministry Zone A, Ghana; CE Congo DRC and CE Tanzania, East, West and Central Africa Zone 6! #prayingnow #prayathon2020 #PCLprayathon2020 #iamapriestinoffice

More inspiring highlights from the Pastor Chris Digital Library Users and Subscribers Conference in CE Zonal Church - Avenor. The Esteemed Pastor Lisa Lawal emphasises the importance of the PCDL App and PCDL TV as many download the app. #CeAccraGhanaZone #PCDLUSC2020

Check Out the Most Surprising Celeb Transformations of the Week Bored in the house and they're in the house bored? That seems to be the motto for some stars this week as more than a few decided to shake up their looks by dyeing their... https://www.eonline.com/news/1180576/check-out-the-most-surprising-celeb-transformations-of-the-week?cmpid=rss-000000-rssfeed-365-topstories&utm_source=eonline&utm_medium=rssfeeds&utm_campaign=rss_topstories

Windows 10 update is reportedly freezing or crashing some PCs (and even causing boot loops) It’s the same old story for Microsoft, sadly, as yet more Windows 10 users suffer at the hands of cumulative updates. https://www.techradar.com/news/windows-10-update-is-reportedly-freezing-or-crashing-some-pcs-and-even-causing-boot-loops