Lakers 'unified on social justice, season restart' Though several NBA players reportedly voiced their opposition to resuming the season as a protest against racism and social injustice, the Los Angeles Lakers' roster remains undivided on the resumption of the season, according to reports. https://www.skysports.com/nba/news/12040/12007024/los-angeles-lakers-players-say-they-are-unified-on-social-justice-and-nba-season-resumption 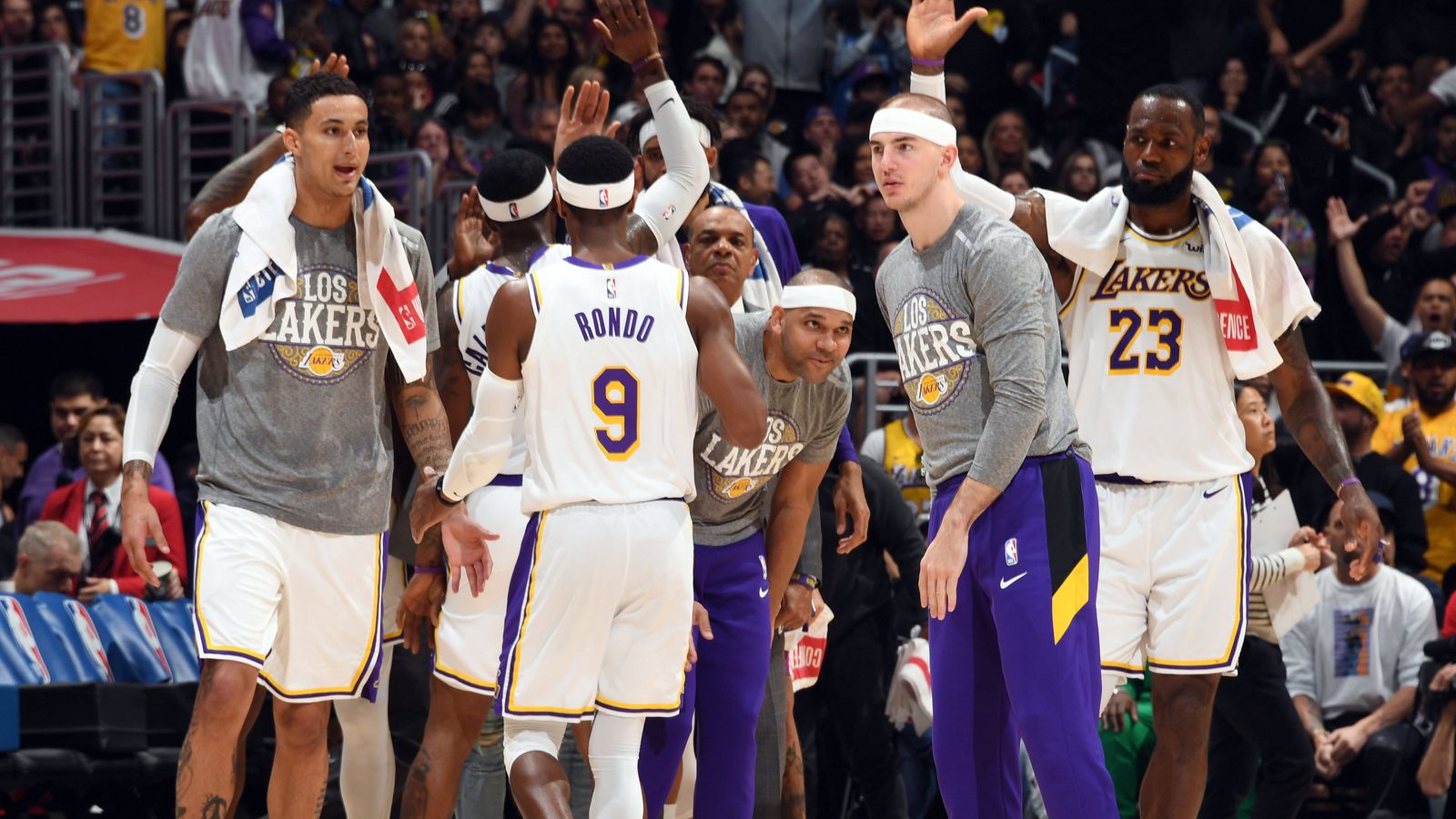 McIlroy rues 'really bad start' Rory McIlroy was left regretting an expensive start to his final round after quickly falling out of contention at the Charles Schwab Challenge. https://www.skysports.com/golf/news/12040/12007000/rory-mcilroy-rues-poor-start-after-disappointing-finish-at-colonial

Djokovic emotional after hosting event Novak Djokovic was in tears as the charity event he hosted at his tennis complex in Serbia came to an end on Sunday. https://www.skysports.com/tennis/news/12040/12006985/novak-djokovic-in-tears-during-charity-event-he-hosted-in-serbia

Whyte takes legal action against WBC The WBC have confirmed that Dillian Whyte has taken legal action against the governing body about the date of his mandatory WBC heavyweight title fight. https://www.skysports.com/boxing/news/12040/12006926/wbc-confirms-dillian-whyte-has-taken-legal-action-against-governing-body-over-date-of-mandatory-wbc-title-fight

SUPER WEDNESDAY ~ IT'S HAPPENING THIS WEDNESDAY 17TH JUNE 2020 @ www.celvz.org It Sure Will Be A Special Time of Prayers, Answers & Miracles. Dear Esteemed & Dearly Beloved Our Man of God Gave The Word That Things Will Happen Swiftly This Time. So In Preparation For Super Wednesday Everyone Should Send Their Prayer Requests To 👇 celvzprayerrequests@loveworld360.com THINGS WILL HAPPEN SWIFTLY! #CELVZ #TheMonthOfPrayer #SuperWednesday #TheYearOfPerfection

Insecure's Yvonne Orji on Her Character Molly's Haters: ''I Don't Blame Them'' Yvonne Orji is making a case for the way her character Molly has been acting up on this season of Insecure. Ahead of the season 4 finale airing tonight on HBO, Orji spoke with CNN Africa... https://www.eonline.com/news/1161072/insecure-s-yvonne-orji-on-her-character-molly-s-haters-i-don-t-blame-them?cmpid=rss-000000-rssfeed-365-topstories&utm_source=eonline&utm_medium=rssfeeds&utm_campaign=rss_topstories

Meghan Markle Honors Volunteers on Anniversary of the Grenfell Tower Fire On the three-year anniversary of the Grenfell Tower Fire, Meghan Markle shared a loving message to members of the Hubb Community Kitchen, an organization that was formed by members of the Al... https://www.eonline.com/news/1161060/meghan-markle-honors-volunteers-on-anniversary-of-the-grenfell-tower-fire?cmpid=rss-000000-rssfeed-365-topstories&utm_source=eonline&utm_medium=rssfeeds&utm_campaign=rss_topstories