Italian ambassador to Congo killed in attack on UN convoy The Italian ambassador to Congo, an Italian carabinieri police officer and their Congolese driver were killed Monday in an attack on a U.N. convoy in an area that is home to myriad rebel groups, the Foreign Ministry and local people said. http://feeds.foxnews.com/~r/foxnews/world/~3/SQNejnB_UTo/italian-ambassador-congo-killed-united-nations-convoy 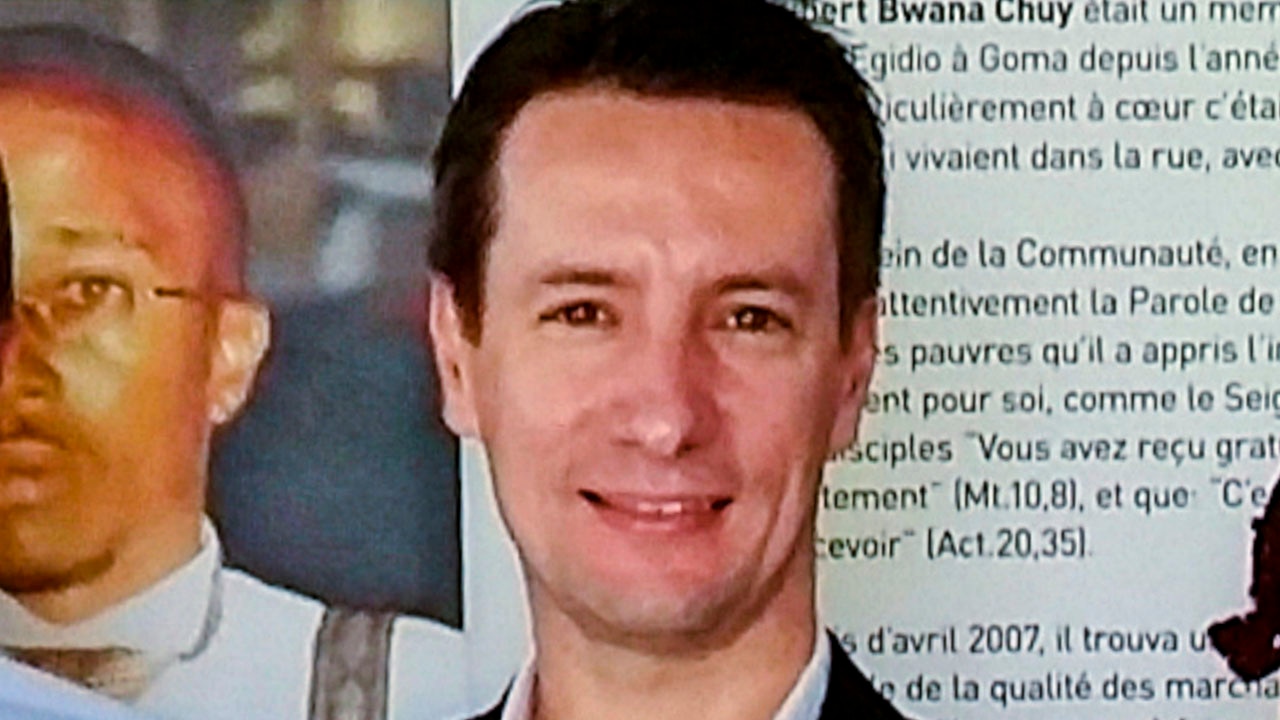 My dearest energetic, smart intelligent niece..happy birthday Evan Lilly. Never a dull moment with you. Gods blessings rest upon u now and always. Aunty loves you and we are going to celebrate this birthday in a big way☺️.love you girl.

Have you taken Today's Study 🤔🤔🤔 if you haven't, kindly log unto www.pcdl.tv to listen to the Message - The Year of Favour as Day 6 Study on An Expose' on Grace (with highlights on Spiritual Mindedness). A lot of insights and knowledge to receive about God's grace at work in you 🥳🥳🥳🥳 #AnExposeonGrace #A14DaysStudy #watchonpcdltv

Celebrating the super-super star who never ceases to pray for his children all over the world. We Love and appreciate him for raising’ us to become financial giants.” Pastor Ekele Uhiara, our rare gem. 9 days to go!!! #PEU33 #PastorEkele #TheHavenNation #AsOneMan #TheHavenZoneE2

Vettel predicted to be on 'A game' after Ferrari troubles McLaren chief Zak Brown expects Formula 1's intense midfield battle of last season to be repeated in 2021 - and believes Aston Martin will benefit from the arrival of a "highly motivated" Sebastian Vettel, while Ferrari will also improve. https://www.skysports.com/f1/news/12040/12225622/sebastian-vettel-tipped-to-be-back-on-a-game-for-f1-2021-after-ferrari-struggles-by-mclarens-zak-brown

Paris Hilton's Fiancé Carter Reum Reveals His Pet Peeve About Living With Her Carter Reum has experienced the messy side of Paris Hilton. During the newly engaged couple's first interview together with co-host Hunter March on the star's podcast, This is... https://www.eonline.com/news/1240615/paris-hilton-s-fiance-carter-reum-reveals-his-pet-peeve-about-living-with-her?cmpid=rss-000000-rssfeed-365-topstories&utm_source=eonline&utm_medium=rssfeeds&utm_campaign=rss_topstories

Watch the Chilling First Teaser for Netflix's Documentary on the College Admissions Scandal Thought you knew everything about the college admissions scandal? Well, think again. On Feb. 22, Netflix released a trailer for its new documentary "Everything you've... https://www.eonline.com/news/1240610/watch-the-chilling-first-teaser-for-netflix-s-documentary-on-the-college-admissions-scandal?cmpid=rss-000000-rssfeed-365-topstories&utm_source=eonline&utm_medium=rssfeeds&utm_campaign=rss_topstories

See The Real World Season One Stars Reunite for the First Time in 20 Years on E!'s For Real Eric Nies didn't just star on a reality television series--he starred on the first-ever iteration of MTV's The Real World, a show so influential that it'd go on to shape the genre as... https://www.eonline.com/news/1240096/see-the-real-world-s-season-1-stars-reunite-for-the-first-time-in-20-years-on-e-s-for-real?cmpid=rss-000000-rssfeed-365-topstories&utm_source=eonline&utm_medium=rssfeeds&utm_campaign=rss_topstories