COMING UP ON LOVEWORLD INTERNET RADIO – PRAYING WITH PASTOR CHRIS LIVE Prayer at 10pm GMT +1 Jesus came to do much more than to save us from sin and it's consequences. Read more in today's Rhapsody or visit http://rhapsodyofrealities.org  The International School of Ministry (ISM) Ministers Network Conference concluded on Wednesday in Johannesburg, South Africa. It was an awesome time in God's presence as thousands of ministers from 146 countries received God's Word with increased grace for greater and more effective ministry. This was a record representation of nations, exceeded only by the United Nations general assemblies, and others like the Olympics and NAB which are sporting events and product marketing programs. We're thankful to the Lord for the impact of the 3 day meeting in the lives of those who attended, and are confident of the testimonies that would ensue in these nations to the glory of God. See highlights of the conference on http://loveworldnews.com.  At 10pm (Local/GMT), we'll pray in tongues for most of 15min, also declaring the unstoppable spread of the gospel all around the world, among all people and in every nation and continent. Pray that the hearts of men will be stirred to receive God's Word more than ever, and that the veil which the enemy has placed over their minds be removed. Declare that the ministry of the gospel is growing unhindered in every nation, and that the Lord's purpose of salvation be fulfilled in Jesus' name. God bless you. Log on LoveWorld Internet Radio www.loveworldradio.fm for the 15 Mins global prayer session with our Man of God, Pastor Chris. Log on to www.loveworldradio.fm . Download the LoveWorld Radio App now on Google Android Playstore and Apple Store. #Pastorchrisontveverywhere #Pastorchrisonradioeverywhere 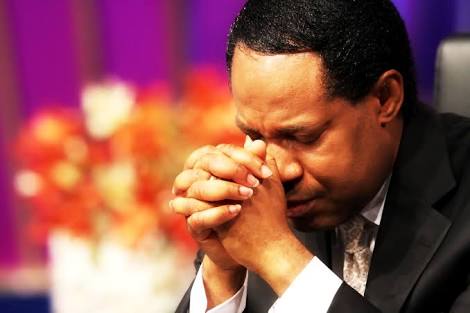 South Africa will never be the same, this is "The Higher Life" Glorrrry !!

I declare that this gospel is growing unhindered in the heart of every men. #cephzone3

I Am as Jesus Is

Have you had your daily dose of "The Power of your Mind"?. #blwusa#powerofyourmind#15daysofexcellence

pp 63:-Your spirit IS alive to God; U ARE NOT GOING TO live in the flesh; U WILL REMAIN alive in Christ! And He closed the books..Done deal!