Łukasz Luke: The 'LitterCam' that's watching you on KingsChat Web 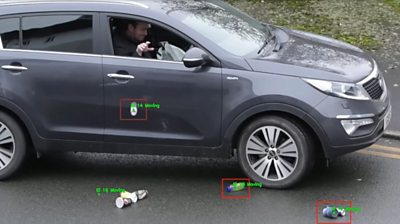 Have a startup in Miami? Apply to pitch at TechCrunch’s Miami virtual meetup TechCrunch is coming to Miami — virtually, at least. On March 11, TechCrunch is hosting a small online event with local venture capitalists, founders, and those curious about the growing ecosystem. There will also be a small pitch-off event where Florida-based startups have three minutes to pitch their companies to Florida-based VCs. Everyone is welcome […] http://feedproxy.google.com/~r/Techcrunch/~3/7bukKeLDflw/

$100 million for mealworms Hello and welcome back to Equity, TechCrunch’s venture capital-focused podcast, where we unpack the numberhttps://twitter.com/cgates123s behind the headlines. This is our Wednesday show, where we niche down and focus on a single topic, or theme. This week we’re talking agtech, a surprisingly cool bit of the technology startup world. But Chris and Danny and Natasha and […] http://feedproxy.google.com/~r/Techcrunch/~3/AgbzAYYcgZk/

After 200% ARR growth in 2020, CourseKey raises $9M to digitize trade schools When the COVID-19 pandemic hit and forced educational institutions to go virtual, many were scrambling to develop online or blended curriculums. That struggle was particularly challenging for trade schools, many of which were not designed to teach online and were mostly paper-driven.  CourseKey, a San Diego-based trade school management SaaS startup, was in a unique […] http://feedproxy.google.com/~r/Techcrunch/~3/UygALYUysPo/