Iraq sees snow in Baghdad for first time in over a decade Iraq's capital of Baghdad awoke on Tuesday to a sight not seen in over a decade — their city covered in snow. http://feeds.foxnews.com/~r/foxnews/world/~3/WGQpdWjMUhg/iraq-snow-baghdad-first-time-in-over-a-decade-winter-weather 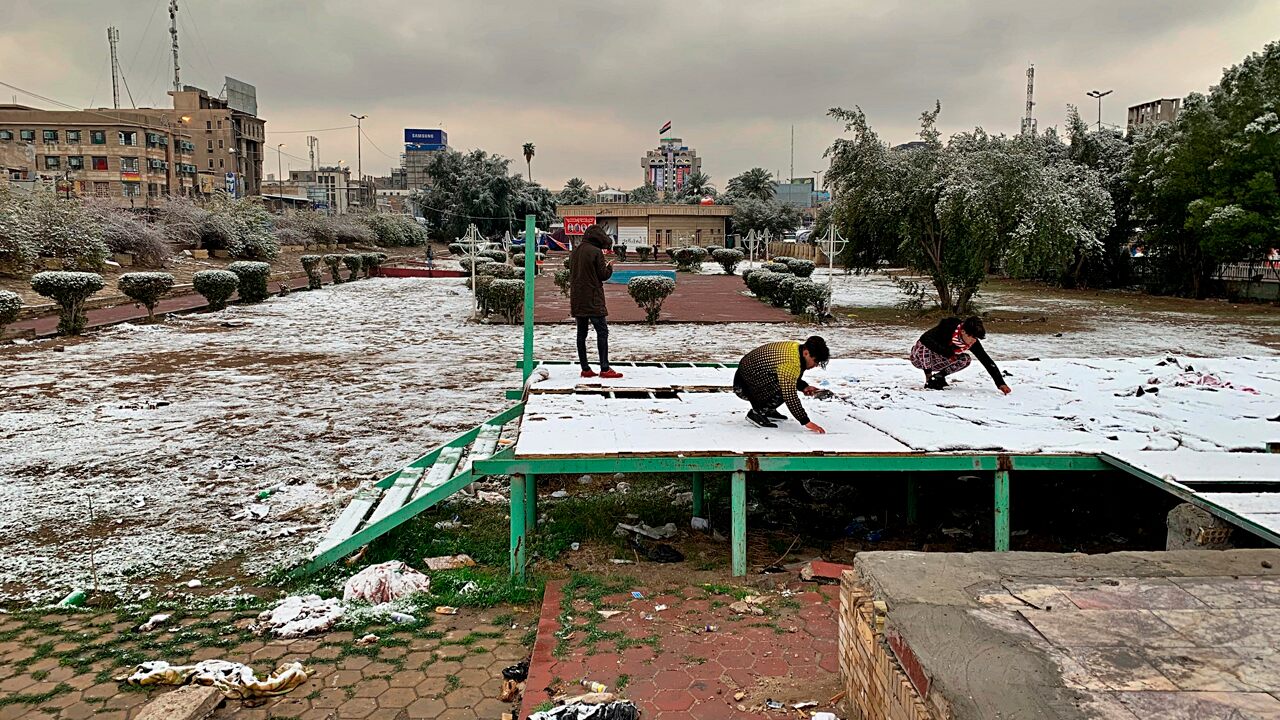 What is the West Bank? The West Bank is a contentious territory, often the focus of any potential peace deal between Israelis and Palestinians. It consists of 2,000 square miles of land that was seized by Isreal during the 1967 Mideast war, or "Six-Day War," when the country defeated the combined forces of Egypt, Syria and Jordan.  http://feeds.foxnews.com/~r/foxnews/world/~3/u_lOI1bCr74/what-is-the-west-bank-israel-palestine

Sir David Attenborough to explore threat to 'perfect planet' A new series will show how the forces of nature - such as the weather - affect animals and the planet https://www.bbc.co.uk/news/entertainment-arts-51458337

Dearest Bro Temi ... HAPPY HAPPY BIRTHDAY! You are a reckless giver and a passionate lover of God! Thank you for always stepping up to be part of our work and projects. Your future is bright and promising! Your life is a continuous flow of God’s endless grace and provisions! We love you ever so dearly! Happy Happy Happy Birthday from all of us! #CENorthYorkGroup #CENorthYork

What is sea foam? What to know about when oceans get rough When storms kick up normally tranquil seas, don't be surprised if water resembles a frothy substance http://feeds.foxnews.com/~r/foxnews/world/~3/4r8dy-6ZXhY/what-is-sea-foam-rough-ocean-algae-wind-agitated-water

Iranians rally against America, slam Trump on anniversary of 1979 Islamic Revolution Throngs of Iranians have taken to the streets of Tehran Tuesday to denounce President Trump and the U.S. on the anniversary of the 1979 Islamic Revolution, carrying posters of Gen. Qassem Soleimani and vowing to “not compromise with America” in any way. http://feeds.foxnews.com/~r/foxnews/world/~3/Z3afYxSq3I8/iran-1979-islamic-revolution-anniversary

'My brain refuses to accept it': Kobe's wife on losing husband and daughter Vanessa Bryant has posted a heartbreaking message about losing husband Kobe Bryant and their daughter Gigi, saying: "God I wish they were here." http://news.sky.com/story/vanessa-bryant-posts-heartbreaking-message-over-deaths-of-kobe-and-gigi-in-helicopter-crash-11931410