Baghdad's Green Zone hit with explosions for 2nd straight day At least three explosions were reported Sunday inside the heavily-fortified Green Zone -- which houses the U.S. Embassy, Balad Air Base and Iraqi government buildings -- in the second attack of its kind after the U.S.-led airstrike that killed Iranian Gen. Qassem Soleimani. http://feeds.foxnews.com/~r/foxnews/world/~3/FL8i54pqnNY/baghdad-green-zone-explosions-2nd-day 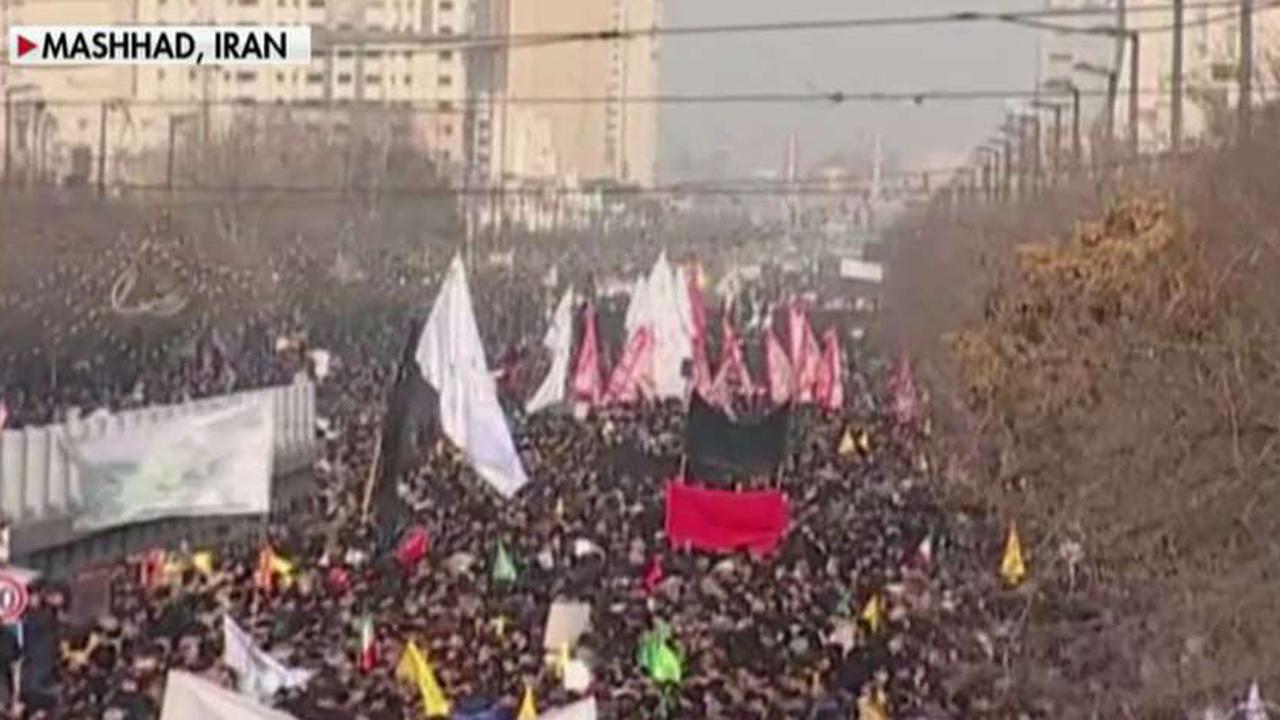 Iran abandons limits of 2015 nuclear deal after top general killed in US airstrike Iran officials announced Sunday they will abandon the rogue nation's commitments to the 2015 nuclear deal with world powers after the United States killed one of Iranian’s top generals in an airstrike in Baghdad Friday. http://feeds.foxnews.com/~r/foxnews/world/~3/etgQ-L9nPWo/iran-nuclear-deal-limits-abandoned-soleimani-airstrike

Australia fires: How do we know how many animals have died? A biodiversity expert suggests almost half a billion animals might have been affected in Australia. https://www.bbc.co.uk/news/50986293

📢IT'S A TIME OF GREAT HARVEST - REGISTER SOMEONE FOR THE HEALING SCHOOL AUTUMN SESSION TODAY 📢 The registration for the 2020 Healing School Autumn Session with Pastor Chris in South Africa is ongoing. You can be the ray of hope that the sick person next to you needs, heed the call, and without delay, register them to attend the Session. You can also be a part of the Session by; -Giving towards the Session -Praying for the Session www.enterthehealingschool.org

Iran’s general replacing Soleimani vows revenge for US killing Esmail Ghaani, the Iranian general taking over for Qassem Soleimani, told state television Monday that “actions will be taken” to revenge the death of his predecessor. http://feeds.foxnews.com/~r/foxnews/world/~3/gH1pfKIHTVk/irans-general-replacing-soleimani-vows-revenge-for-us-killing

German police kill man who approached with knife, reportedly shouted ‘Allahu Akbar’ Police in western Germany shot and killed a 37-year-old man who allegedly tried to attack them with a knife. They are checking whether extremism was a possible motive for the attack, the German news agency dpa reported Monday. http://feeds.foxnews.com/~r/foxnews/world/~3/uy_fHgQ0kBw/german-police-kill-man-who-approached-with-knife-reportedly-shouted-allahu-akbar

Soleimani's daughter warns families of U.S. troops, 'waiting' for their death The daughter of slain Iranian Gen. Qassem Soleimani warned the families of U.S. soldiers deployed in the Middle East during a funeral ceremony that saw hundreds of thousands in prayer for the leader killed in Baghdad following a Trump approved airstrike strike on Friday. http://feeds.foxnews.com/~r/foxnews/world/~3/BGK-W1V7COM/daughter-of-slain-iran-general-warns-families-of-u-s-troops-in-middle-east-during-funeral-for

Three terror suspects arrested for trying to enter British army camp Three men have been arrested for trying to force their way into a British army training camp in Kenya on the same day three US servicemen died in a terror attack on a military base in the country. http://news.sky.com/story/three-terror-suspects-arrested-for-trying-to-enter-british-army-camp-in-kenya-11902140

Killing Iranian general could 'pay off' for US, says Jeremy Hunt Former foreign secretary Jeremy Hunt has said the US assassination of Iran's top general could be "a bold move" that quells instability in the Middle East. http://news.sky.com/story/jeremy-hunt-former-foreign-secretary-says-killing-iran-general-could-pay-off-for-us-11902181