Late-night host Lilly Singh calls out Disney+'s 'outdated cultural depictions' warnings on old movies Late-night host Lilly Singh called out Disney+ for its use of "outdated cultural depictions" disclaimers before some of its old movies. http://feeds.foxnews.com/~r/foxnews/entertainment/~3/DcXlwNV384I/lilly-singh-slams-disney-plus-outdated-cultural-depictions-dislcaimer 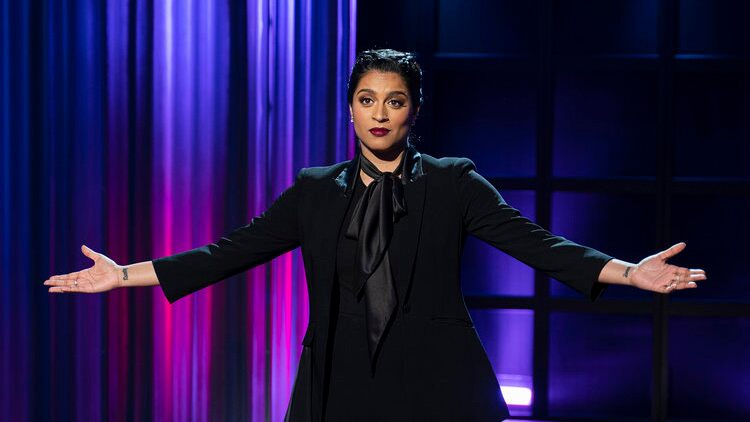 Kacey Musgraves' high-five with Prince Harry got her in trouble: 'I didn't know' Kacey Musgraves isn’t giving much thought into being lightly scolded during a chance encounter with Prince Harry where the country star broke royal protocol while greeting the Duke of Sussex. http://feeds.foxnews.com/~r/foxnews/entertainment/~3/AZ-jBBbvwz8/kacey-musgraves-broke-royal-protocol-prince-harry-high-five

‘Shameless’ star William H. Macy doesn’t bring ‘baggage’ to work, says co-star Steve Howey William H. Macy kept a stone-cold poker face at work while at his wife Felicity Huffman’s side as she carried on through court proceedings for her role in the college admissions scandal, according to Macy’s “Shameless” co-star Steve Howey. http://feeds.foxnews.com/~r/foxnews/entertainment/~3/MNo_qMFh0XA/shameless-william-h-macy-baggage-steve-howey-felicity-huffman-college-scandal

Joe Giudice 'can't wait' for Christmas with daughters in Italy Joe Giudice is excited to spend Christmas with his children this year. http://feeds.foxnews.com/~r/foxnews/entertainment/~3/ddnKCawqu2c/joe-giudice-spend-christmas-with-daughters-in-italy

Happy Birthday to the cool, calm and collected Pastor Dorcas. Thank you for all you do for us in ministry and for your commitment to CELVZ Church 4 Auxano group. It's your month of blessings and you are moving forward in great leaps this new year in Jesus name. Happy Birthday!

Happy Birthday dearest sir, thank you for the love and kindness you’ve shown to me. I love you dearly sir

"Become positive in your life, positive in your life. Think Growth. Think Expansion. Think the Glory of God. Think Winning Souls. These are the kind of things that should go through your mind." #SouthernAfricaPastorsConferencewithPastorChris #ceaccraghanazone #usaregion2 #sanzpi