SKY Sport: Murray: Nadal's haul one of on KingsChat Web

Murray: Nadal's haul one of the best records in sport Andy Murray says Rafael Nadal's haul of 13 French Open titles is arguably the best achievement in sport after the Spaniard produced one of his greatest performances at Roland Garros in Sunday's final. https://www.skysports.com/tennis/news/12040/12102490/andy-murray-says-rafael-nadal-has-one-of-the-best-records-in-sport 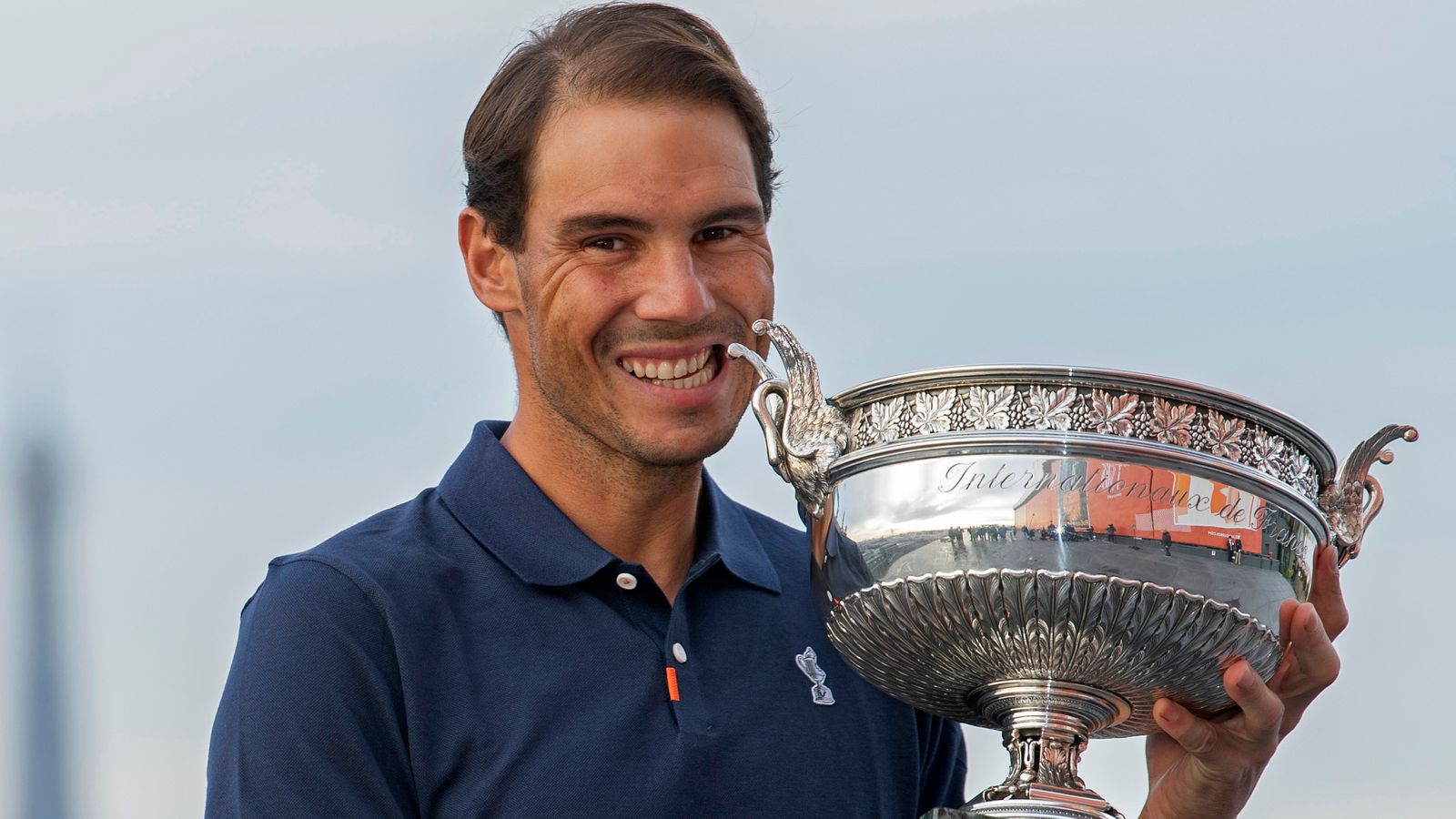 Cork's Sheehan to miss championship season Cork footballer Ciaran Sheehan has been ruled out of the upcoming inter-county season with a knee injury. https://www.skysports.com/gaelic-football/news/12040/12102794/cork-footballer-ciaran-sheehan-to-miss-championship-season-through-injury

Vatican under fire for moving to renew deal with the Chinese Communist Party Much to the chagrin of U.S. officials and human rights advocates – amid the notion that China is one of the most dangerous places on the planet to be Christian – the Vatican is in the process of renewing a 2018 provisional deal with the Chinese Communist Party (CCP). http://feeds.foxnews.com/~r/foxnews/world/~3/MYnGBRlO9Hk/vatican-under-fire-for-moving-to-renew-deal-with-the-chinese-communist-party

WHO warns against COVID-19 lockdowns due to economic damage The World Health Organization has warned leaders against relying on COVID-19 lockdowns to tackle outbreaks — after previously saying countries should be careful how quickly they reopen. http://feeds.foxnews.com/~r/foxnews/world/~3/6naim7OC7mQ/who-coronavirus-lockdowns-economic-damage

Dear Pastor, Thank you for being so kind, selfless and welcoming and the lives you’ve touched in several parts of the world. Happy Birthday Pastor. Yours, Michael

Goodbye, Bachelor Mansion: Check Out the Luxury Resort Where Clare Crawley Filmed The Bachelorette Fact: There are several elephants in the room when it comes to season 16 of The Bachelorette. Longtime host Chris Harrison has teased an "explosive" premiere unlike any other. And... https://www.eonline.com/news/1197363/goodbye-bachelor-mansion-check-out-the-luxury-resort-where-clare-crawley-filmed-the-bachelorette?cmpid=rss-000000-rssfeed-365-topstories&utm_source=eonline&utm_medium=rssfeeds&utm_campaign=rss_topstories

Jon Bon Jovi Talks Reuniting With Jennifer Nettles For "Do What You Can" Jon Bon Jovi is giving us something to celebrate in 2020. On Monday, Oct. 12's episode of Daily Pop, the rock legend caught up with E!'s Carissa Culiner and discussed his new... https://www.eonline.com/news/1197323/jon-bon-jovi-talks-reuniting-with-jennifer-nettles-for-do-what-you-can?cmpid=rss-000000-rssfeed-365-topstories&utm_source=eonline&utm_medium=rssfeeds&utm_campaign=rss_topstories

Twilio’s $3.2B Segment acquisition is about helping developers build data-fueled apps The pandemic has forced businesses to change the way they interact with customers. Whether it’s how they deliver goods and services, or how they communicate, there is one common denominator, and that’s that everything is being forced to be digitally driven much faster. To some extent, that’s what drove Twilio to acquire Segment for $3.2 […] http://feedproxy.google.com/~r/Techcrunch/~3/oC3qbttr9JM/

Hoping to be LatAm’s top digital bank for SMBs, Xepelin launches a lending and revenue management service There’s another entrant in the startup race to provide financial services to Latin America’s small and medium-sized businesses. Financial services have been a huge opportunity for startups coming out of Brazil, Colombia and Mexico in recent years, and now Xepelin, a new company from Chile, is looking to join the fray. Xepelin’s founders, Sebastian Kreis […] http://feedproxy.google.com/~r/Techcrunch/~3/03QA0pOx4u8/