Reverend Ken In Your World: GOOD NEWS TO ALL COMRADES on KingsChat Web

GOOD NEWS TO ALL COMRADES AND ASSOCIATES OF THE GOD-KIND! Why did Jesus fold the linen burial cloth after His resurrection? The Gospel of John (20:7) tells us that the napkin, which was placed over the face of Jesus, was not just thrown aside like the grave clothes. The Bible takes an entire verse to tell us that the napkin was neatly folded, and was placed separate from the grave clothes. Early Sunday morning, while it was still dark, Mary Magdalene came to the tomb and found that the stone had been rolled away from the entrance. She ran and found Simon Peter and the other disciple, the one whom Jesus loved. She said, 'They have taken the Lord's body out of the tomb, and I don't know where they have put him!' Peter and the other disciple ran to the tomb to see.. The other disciple outran Peter and got there first. He stooped and looked in and saw the linen cloth lying there, but he didn't go in. Then Simon Peter arrived and went inside. He also noticed the linen wrappings lying there, while the cloth that had covered Jesus' head was folded up and lying to the side. Was that important? Absolutely! Is it really significant? Yes! In order to understand the significance of the folded napkin, you have to understand a little bit about Hebrew tradition of that day. The folded napkin had to do with the Master and Servant, and every Jewish boy knew this tradition. When the servant set the dinner table for the master, he made sure that it was exactly the way the master wanted it.. The table was furnished perfectly, and then the servant would wait, just out of sight, until the master had finished eating, and the servant would not dare touch that table, until the master was finished. Now, if the master were done eating, he would rise from the table, wipe his fingers, his mouth, and clean his beard, and would wad up that napkin and toss it onto the table. The servant would then know to clear the table. For in those days, the wadded napkin meant, 'I'm done'. But if the master got up from the table, and folded his napkin, and laid it beside his plate, the servant would not dare touch the table, because........... The folded napkin meant, 'I'm coming back!' HE'S COMING BACK!!!! HALLELUJAH ! 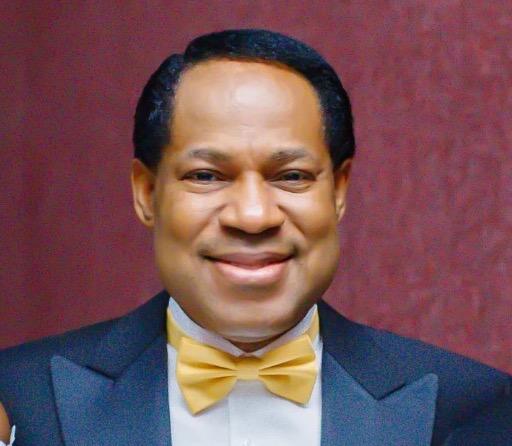 Woow HE'S COMING BACK, THANKS PASTOR

Wow. He is coming again. Glory to God. #Ceaccraghanazone #Cekumasi3

MAINTAIN THE DRIVE If U delay. UR Faith 4 it may dissipate; the Inspiration may no longer B there and when U later want 2 do it/NO success

I join the host of heaven and the saints on earth to celebrate; Your passion, commitment, Zeal, loyalty. Happy Birthday Pastor Chinenye

Born To speak, yet not for I but Christ.