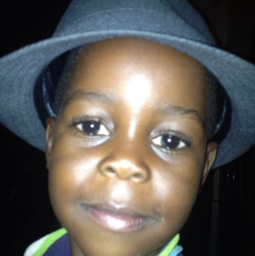 20 DAYS TO THE HAVEN CONVENTION TODAY'S PRAYER POINT MINISTERS, OFFICIALS, TECHNICAL AND MEDIUM OF ​ TRANSMISSION 1 Peter 4:11 If any man speak, let him speak as the oracles of God; if any man minister, let him do it as of the ability which God giveth: that God in all things may be glorified through Jesus Christ, to whom be praise and dominion for ever and ever. Amen. Pray for every official handling various activities that their work will be done through the Spirit and sanctified by the Holy Ghost. Pray that as choir minister in songs, that through their ministration financial miracles will begin to take place and the money angels will take over the whole venues. 2 Chron. 5:13-14, 13 It came even to pass, as the trumpeters and singers were as one, to make one sound to be heard in praising and thanking the Lord; and when they lifted up their voice with the trumpets and cymbals and instruments of musick, and praised the Lord, saying, For he is good; for his mercy endureth for ever:that then the house was filled with a cloud, even the house of the Lord; 14 So that the priests could not stand to minister by reason of the cloud:for the glory of the Lord had filled the house of God. 2 Kings 3:15 15 But now bring me a minstrel. And it came to pass, when the minstrel played, that the hand of the Lord came upon him. Pray for the ushers, security personnel, venue managers, technical personnel, protocol officials, decoration officials; that they will know what to do at every point and their inputs at the program will yield great and outstanding results. Exo.31:3-5 See, I have called by name Bezaleel the son of Uri, the son of Hur, of the tribe of Judah:3 And I have filled him with the spirit of God, in wisdom, and in understanding, and in knowledge, and in all manner of workmanship, 4 To devise cunning works, to work in gold, and in silver, and in brass, 5 And in cutting of stones, to set them, and in carving of timber, to work in all manner of workmanship. 6 And I, behold, I have given with him Aholiab, the son of Ahisamach, of the tribe of Dan:and in the hearts of all that are wise hearted I have put wisdom, that they may make all that I have commanded thee; Pray for all the equipment (audio, visuals, internet, etc) that will be used, that the anointing of God will come upon them and all will function perfectly without hitches Num 7:1 1 And it came to pass on the day that Moses had fully set up the tabernacle, and had anointed it, and sanctified it, and all the instruments thereof, both the altar and all the vessels thereof, and had anointed them, and sanctified them; "Advancing the Kingdom:Next Frontiers" #TheHavenConventionwithPastorChris #TheHavenConvention2017 #HAGARAMAD #TheHavenNation #moneyeverywhere #newmonies #THCWPC2017 Kindly Share, Like and Comment

Zim tech spaces: NUST student builds head motion controlled wheelchair There’s quite a lot happening in the tech spaces around Zimbabwe, ...for example in the case for a head motion controlled wheelchair that an electronics student at NUST, Howard Mpofu, is building. For a while Howard had to push his grandfather around after a stroke had paralysed his hands and feet. The major problem with this was not pushing him, but  how his grandfather felt about being pushed to and from places. This made Howard realise how people with similar conditions whether by amputation or quadriplegia had to not only deal with the hassles that come with moving from point A to B, but also with the emotional stress of feeling ‘useless’ thereof – hence this innovation. Source: http://www.techzim.co.zw/2017/05/zim-tech-spaces/

#JustForLaughs You wake up in the morning to pray, you turn on your data to read your online Bible, then you find a notification .... *beep beep* Bible App wants to update.... Like really? What is updating in the bible? Are some disciples being suspended or replaced??? Has Adam refused to eat the fruit? Or king Solomon has married another woman? Has Peter finally decided not to deny Jesus? Like for real? Bible Update?? Hayi aaa technology is something else...😂😂😂😂😂

Phili 4:17 Not because I desire a gift:but I desire fruit that may abound to your account. Congratulate the giver not receiver!#loveworldusa

#NoMigrationNoPrayerForYou 3-4 am prayers - the place to be

#MySalvationStory of the day REV TOM AMENKHIENAN MEMBER, CENTRAL EXECUTIVE COUNCIL DIRECTOR, CHURCH MINISTRY AND ORGANIZATION I was born into a Roman Catholic family setting, with a strong influence of the Roman Catholic culture running through the entire family because my maternal Grandparents had been very committed and recognized leaders in the Roman Catholic Church. I was baptized and confirmed at an early age and soon enlisted as an Altar Boy (Mass Server). At this early age, the Priests and Reverend Fathers in charge of our local assembly (mostly foreigners, especially from Ireland), deliberately sought to groom, tailor and mentor me in the direction of becoming a Roman Catholic Priest, encouraging me to attend the Seminary once I came of age. I grew up with this background and was indoctrinated in it until I had my first encounter with another Christian Group in my Secondary School days when a group from the Scripture Union organized a fellowship in our school and preached the gospel to me. I attended a few of their fellowship meetings and tried to practice their teachings on holy living. I soon gave up on this, because of the shallow understanding of the doctrine of salvation that I had at the time. My elder brother who by now had been born again and was in the University had a strong desire to pioneer a new Youth Fellowship in my school. Despite several efforts that he made to actualize this, because of my earlier experience, I happened to be one of those who didn’t take him quite seriously... Kindly click on the link below to read the full story; wikisozo.com/story/read/1989/jesus-loves-me-he-had-my-life-all-planned-out---rev-tom If you want your salvation story to be featured, kindly logon to www.wikisozo.org and share your story. Be inspired as you read. Don't forget to COMMENT, LIKE and RESHARE. God bless you. #blwghzone #flourishing #increaseknowledge

#MySalvationStory of the day PASTOR BIODUN LAWAL ZONAL DIRECTOR, CE ACCRA-GHANA "My name is Pastor Biodun Lawal. I am the Zonal Pastor of Christ Embassy Accra, Ghana and I want to thank our man of God, our pastor, our coach and our father for the opportunity to share my salvation testimony with you. I title it "JESUS CALLED ME". I was born and raised up in a Muslim house, my parents were Muslims. I was trained as a kid to go to Quranic School and on how to lead prayers in the mosque as well. I grew up as a Muslim learning the things that a young Muslim should do. As at that time, my parents had a lot of Christian friends and at the age of five my parents allowed me to follow their friends' children to church (Sunday school) and that was my first encounter with Christianity. All the things that we were taught at the Sunday school didn’t make sense to me then because I only followed the children to go and play. Then suddenly, my parents stopped me from attending the Sunday school because they had wanted me to focus on their religion which is Islam. They were so passionate about that because they wanted to raise me as a good Muslim. When they stopped me, I didn’t feel bothered because I knew then that I was not suppose to be in church as a Muslim, but that was my first encounter with Christianity. After that, I didn’t go to any church till I graduated from the university and I was posted to do my national youth service in Nigeria..." Click on the link to read the full story; http://wikisozo.org/story/read/13591/jesus-called-me If you want your salvation story to be featured, kindly logon to www.wikisozo.org and share your story. God bless you. #blwghzone #flourishing #insight

PASTORCHRISLIVE: Prayer at 12noon and 10pm (Local/GMT) - Fri July 15 You can rid your heart of anger and other vices through the Word. Learn more in today's Rhapsody. If you dont have a copy, download from http://rhapsodyofrealities.org At 12noon and 10pm (Local/GMT), we'll pray fervently in tongues of the spirit for most of the 15min sessions. Pray specially for those suffering the horrors of war and terror around the world, that the Lord may intervene in their behalf; and for quick and safe passage of relief to the displaced. Pray for the brethren, ministers and missionaries who are carrying on the work of God in the affected areas. God bless you. #cephzone3

Our rightful and God given shepherd. We shall not want if we follow your instruction! Happy birthday to you Pastor Shiela Mashingaidze.

8 Days Of Glory 2016 Pastor sent his Generals to us; they came, they gave us the Word, they gave prophecy, made bold declarations and strengthened us. Mighty miracles were wrought, testimonies have been coming in.Lives were changed and we are grateful. Share your testimonies with us, they will stir up someone's faith. #monthofblessings #staffweek2016 #8daysofglory